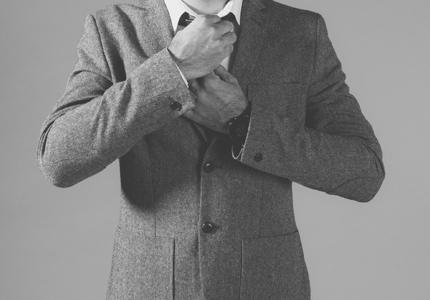 James Bond as a maverick business leader? Perhaps it could work.

Many of today’s most inspiring businesses were created by maverick leaders who colored outside of lines and thought outside of the box. Sir Richard Branson comes to mind.

Is there a school you can attend to learn and develop the skills of a maverick leader? Unfortunately, there is not. So today I’d like to take a look at forward thinking, courageous, “put a dent in the Universe” leadership by examining one of the world’s most famous mavericks—everybody’s favorite fictional spy, James Bond.

Consider the lessons we can learn from James Bond:

1. Don’t Bother Giving Motivational Speeches –You don’t always have to inspire people with flashy orations to get them to do what you want. In Thunderball and The Spy Who Loved Me, Bond demonstrated that it’s not always necessary to hone your powers of persuasion to inspire your team to go to battle, or in his case, to even put their lives on the line. Bond demonstrates that maverick leaders will often simply charge forward with enough confidence and courage that people will follow their lead. Does it work in real life? Sometimes it does. Larry Ellison of Oracle comes to mind as a leader of few words, but monumental ambitions. Jack Welch and George Soros are also examples of well-known leaders who’ve used this trait from time to time.

2. Don’t Be Afraid to Go It Alone  – There are numerous times Bond acts on his own to get a job done. One of the most intense is when he’s climbing up to a mountain fortress at the end of For Your Eyes Only. In real life? Truth be known, most every senior executive bears at least a few burdens alone, where exceptional courage is required to deal with situations that would unduly dishearten or frighten their staffs. However, this is a trait to be used in very small doses. In most cases, a monumental task is handled better with the strength of a team (the recent company buyback of Fishbowl in May of 2011 comes to mind).A great leader has the courage to lead out strongly and to absorb the strong winds of outside opinion for the team. Yet loyalty to team and company is important as well. Bond sacrifices all for his Queen and and his country. Great business leaders give all for their people and companies. Nelson Mandela maintained that none of us, acting alone, can achieve success in his famous inauguration address. He raises a great point—lone wolf behavior can easily be taken too far, with disastrous consequences—Bernie Madoff comes to mind, as does Ferdinand Marcos. Use this characteristic with care.

3. Master a Few Skills and Be Passable at Everything Else – Bond isn’t known for being a gifted musician, artist, or businessperson. He’s a master at just two things: killing and wooing. That’s it. He picks up other skills here and there, like gambling, flying airplanes, and using a variety of other vehicles, but he usually just sticks to strengths. In this respect, Bond is brilliant: Strengths-based leadership development supports this philosophy strongly. Experts Jack Zenger and Joseph Folkman, of Zenger Folkman (fellow Forbes contributors and authors) note that leaders don’t become appreciably better by honing in on their worst characteristics (unless the weakness is a fatal flaw). But if they learn to focus on their greatest strengths to make those strengths true standouts—look out. Bond is definitely onto a winning principle here. Find your own unique strengths.  Killing and wooing are great for the big screen.  So is wearing a tux 24×7.

4. Sometimes It’s Okay to Rely on the Experts – In Goldfinger, Bond is at a loss as to how to defuse a nuclear bomb that has just minutes to go (of course) before it explodes. After fretting for several seconds, he grabs a handful of wires and prepares to rip them apart in desperation. But thankfully he’s pushed aside by someone who knows what he’s doing at the last second, and that expert simply flips a switch to turn the device off. Yes, there’s a corollary here. As a leader, don’t be so narcissistic or insecure you fail to use the members of your team to guide you in the things they know best. I’m betting a few of you recognize yourselves in this principle—ever attempted to do your own IT? To issue a rash statement without consulting your team members in legal or public relations or HR? We’ve all done it. And we’re all better off when we don’t.

5. Pay Attention to Details – Bond picks up minor details from a conversation between Goldfinger and one of his henchmen, and he uses that information later to bluff his way out of the villain’s death trap. Again, a brilliant example for all. Perhaps the eavesdropping isn’t a shining example, but the ability to pay scrupulous attention to the nuances and details of a market scenario or a deal situation is one of the skills that can take leaders from good to great. Thinking out of the box—the ability to recognize the meaning in the details others miss—is one of the best qualities a tremendous leader can have.

6. Be Professional – Bond rarely lets things get personal. Well, perhaps he broke that rule in For Your Eyes Only when he kicked the villain’s car off a cliff and in Octopussy when he avenged 009. In License to Kill he went completely rogue to avenge his friend’s wife. But for the most part, Bond remains cool and professional, even in the most dangerous situations.What can we learn from this? Cool your emotions.  Great leaders have an impeccable balance of EQ and IQ. Executives who act or speak in the heat of the emotion are playing with less than half of the deck. They aren’t acting; they’re reacting. Many business decisions would be improved if leaders would recognize and respect this crucial fact. Being professional includes being accountable as well. A great leader accepts full accountability.  We are only defeated when we blame others and make excuses.  Great leaders never lay blame, gossip or degrade others. Bond is a true gentleman in this regard.

7. Trust Your Instincts – At the start of The Living Daylights, Bond shoots a supposed sniper’s gun rather than her head. He’s criticized by his superiors for deliberately missing, but his split-second decision eventually leads to the villain’s undoing. Good for him. Most of my own leadership comes from my instincts. I’m a strong judge of people, and thankfully, it’s an area where I very seldom make mistakes. I know there are many other leaders who exemplify this characteristic as well.

8. Learn from Mistakes – Bond rarely makes the same mistake twice. In Casino Royale, Bond makes a devastating mistake, losing all of his money in a poker game with the villain. However, when he’s given a second chance, he devises a brilliant strategy to turn the tables and win the jackpot. This is another essential leadership principle—mistakes are golden opportunities to learn. Cherish them. Use them. They are the avenue to improved learning and strength. Cherish and use the mistakes of your employees as well. Short of disastrous decisions such as brokerage mistakes and ethical breaches (which your hiring practices should nearly entirely prevent), consider their mistakes to be valuable learning experiences as well.

9. Take Advantage of the Latest Gadgets – Every Bond film since From Russia with Love has had numerous gadgets to aid Bond in his adventures. It’s fun to guess which gadgets at the start of a Bond movie will prove most useful as the plot develops, such as ejector seats, exploding key chains, etc. Does James Bond have a great occupation, or what? Yes, technology can be a wonderful thing. Smartphones. iPads. Electronic gadgets. Isn’t it great that we have a business rationale for these things?

10. Have a Plan and Execute it with Patience – Bond always approaches a situation methodically, weighing his options and looking for a way to gain the upper hand. In License to Kill, Bond crafts a plan that is almost diabolical to defeat the villain by getting him to mistrust his closest advisers and make other costly mistakes. Bond eventually brings down the villain’s entire operation from within thanks to his meticulous efforts. We could all learn from James Bond on this front. Patience is not only a virtue, it is a tremendous leadership strength. And again, note the value of attention to detail.

11. Be Ready to Improvise – In Goldeneye, Bond is surrounded by a Russian army, so he decides to escape by hijacking a tank and driving it through city streets. In Tomorrow Never Dies, he can’t stop a missile from destroying a nuclear bomb, so he quickly flies the bomb out of range of the incoming missile. What tremendous leader hasn’t had the need to improvise a solution at least once in awhile?

12. Never Give Up, Even When Things Look Hopeless – In Thunderball, Bond is trapped in a pool full of sharks, but does that stop him? No way! Granted, his incentive was incredibly high, but our fearless leader simply looks for a way out, never doubting that he’ll find it, and manages to make his way to safety again. Perhaps this is the ultimate entrepreneurial skill—the tenacity, the relentlessness and the courage to believe in a company and an idea even while the rest of the world is calling the situation a loss. Yes, there is a time to pivot, to cut your losses and to move forward—but for a true entrepreneur (and for most every successful leader) that point is much further along the realm of the seemingly impossible than any other participant or observer would have thought.

So perhaps James Bond can provide us with more than entertainment. Perhaps he brings a few successful leadership traits to the table as well. Would he make it as an entrepreneur? In many respects, I’m betting he could.

To celebrate the 50th anniversary of Bond, Forever Green are putting on some fantastic Bond Nights this Christmas. Take a look at our Bond Trailer below and for more info contact us on 01623 675323 or email enquiries@forever-green.info 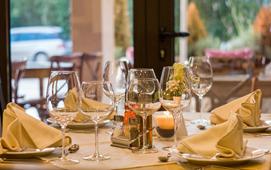 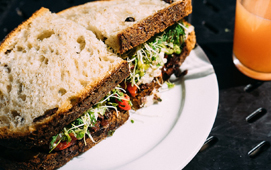 Cheese and chocolate…tuna and banana???

We’ve been enjoying all sorts of tasty morsels between two slices of bread!