Tasty Turkey for the Big Day 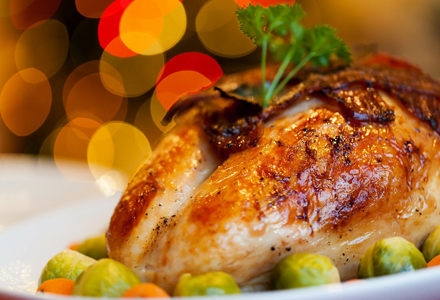 Try our recipe below for a beautifully cooked turkey.

It is important to take the turkey out of the fridge to allow it to come to room temperature so that it heats up immediately you put it in the oven.